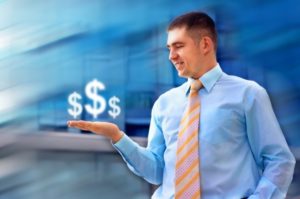 On March 7, 2019, the Department of Labor (DOL) issued a proposed rule that would change the salary thresholds for the “white collar” overtime exemptions under the Fair Labor Standards Act (FLSA). Under the proposal, the minimum salary level for executive, administrative and professional employees would increase from $455 to $679 per week ($35,308 per year). This is significantly lower than the $913 salary level set in the 2016 final rule (which never took effect due to an injunction).

The proposal would allow employers to use nondiscretionary bonuses and incentive payments (including commissions) that are paid annually or more frequently to satisfy up to 10 percent of the standard salary level. The minimum salary level for highly compensated employees would also increase from $100,000 to $147,414 per year (an increase from the 2016 final rule’s annual threshold of $134,004).

These changes will not take effect until after a final rule is issued. Employers are not required to comply with the proposal, but should become familiar with it and begin identifying which employees may be affected.

The FLSA requires virtually all employers in the United States to pay overtime wages to employees who work more than 40 hours in a workweek. Certain exemptions to the overtime payment requirements apply, including the “white collar” exemptions for executive, administrative or professional (EAP) employees and highly compensated employees (HCEs). In general, an employee may qualify for a white collar exemption if he or she satisfies all three of the following:

The DOL set the currently enforced amounts for the salary level test in 2004. On May 23, 2016, the DOL issued a final rule that would have significantly increased both the standard and HCE salary levels, starting in December 2016. In addition, the 2016 final rule would have further increased those amounts through automatic adjustments every three years. On Nov. 22, 2016, however, a federal court ruled that the 2016 final rule was unenforceable. Therefore, the final rule never took effect, and the DOL has continued enforcing the 2004 salary levels.

In the 2019 proposed rule, the DOL proposed to update both the minimum weekly standard salary level and the total annual compensation requirement for HCEs to reflect growth in wages and salaries. The DOL is also proposing revisions to the special salary levels for employees in the motion picture industry and certain U.S. territories. The DOL is not proposing any change to the duties test, despite speculation that it would do so.

The following are key provisions of the proposed rule:

For more information on the proposed rule, see the DOL’s Notice of Proposed Rulemaking: Overtime Update, which includes a fact sheet and frequently asked questions.

Reopening a Business After the Coronavirus Shutdown

Coronavirus and the Workplace – Compliance Issues for Employers